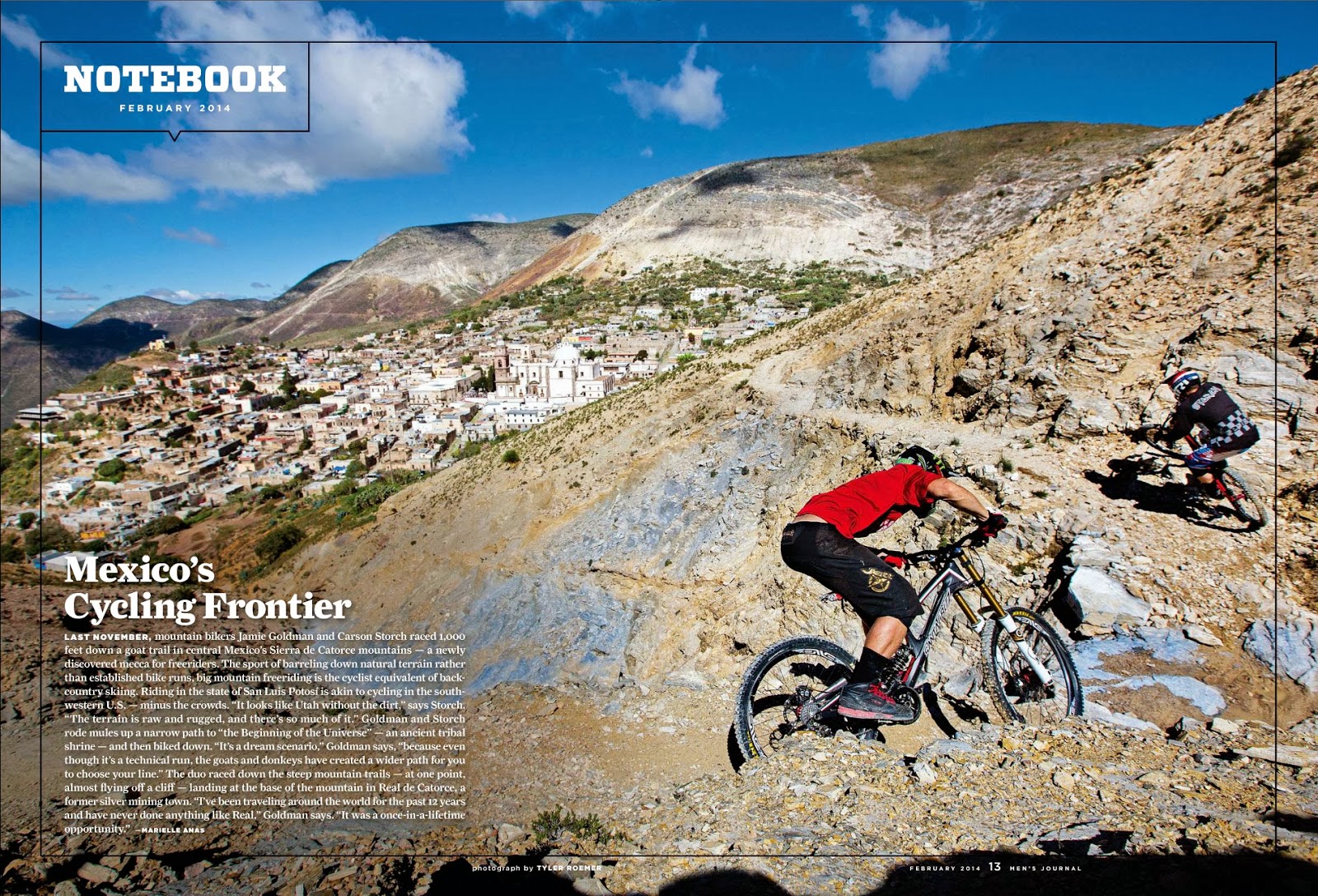 In the February 2014 issue of Men's Journal you will find a little writeup about our recent bike trip to Real de Catorce with Jamie Goldman, Carson Storch and the IMBA crew. It was seriously a surreal and at times crazy experience with these two bikers but we survived.

Here is what the Notebook article reads,

"Last November, Mountain bikers Jamie Goldman and Carson Storch raced 1,000 feet down a goat trail in central Mexico's Sierra de Catorce mountains- a newly discovered mecca for freeriders. The sport of barreling down natural terrain rather than established bike runs, big mountainfreeriding is the cyclist equivalent of backcountry skiing. Riding in the state of San Luis Potosi is akin to cycling in the south western U.S.- minus the crowds. " It looks like Utah with the dirt," says Storch. "The terrain is raw and rugged, and there's so much of it." Goldman and Storch rode mules up a narrow path to "the Begining of the Universe" - an ancient tribal shrine- and then biked down. "It's a dream scenerio," Goldman says, "because even though it's a technical run, the goats and donkeys have created a wider path for you to choose your line." The duo raced down the steep mountain trails -at one point, almost flying off a cliff - landing at the base of the mountain in Real de Catorce, a former silver mining town. "I've been traveling around the world for the past 12 years and have never done anything like Real, "Goldman says. "It was a once-in-a lifetime opportunity." -Marielle Anas
men's journal Mountain Biking Mexico Outdoor Editorial Photographer 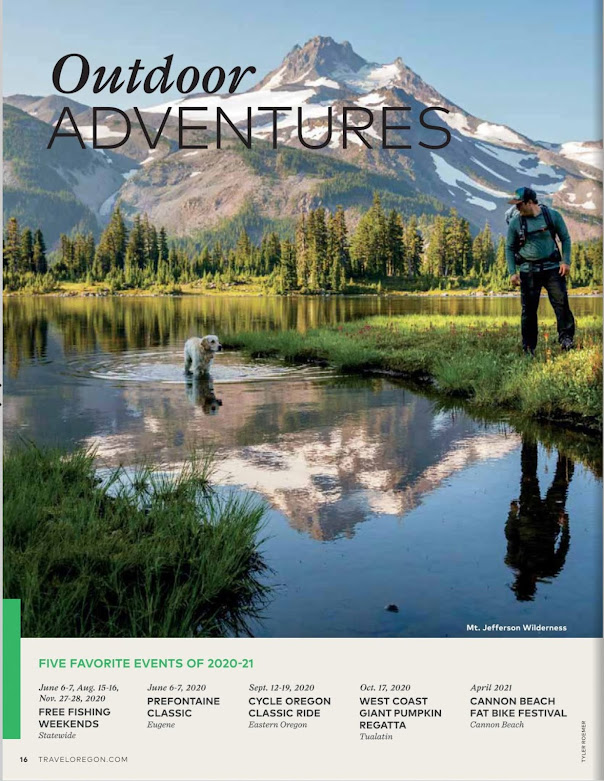 A few photos making it into the 2020 Travel Oregon guide. Bodie making his debut of course.  Read the full guide ( here ). 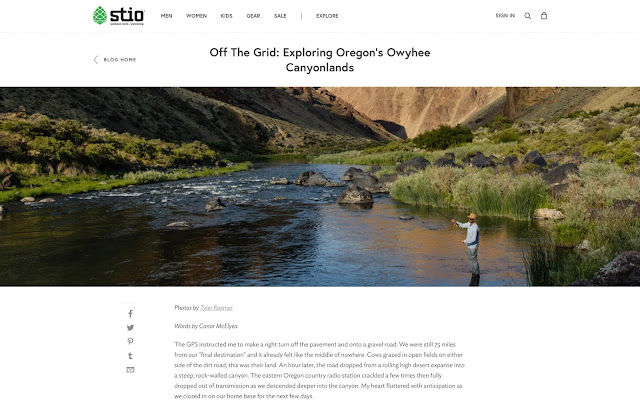 STIO Clothing based out of Jackson Hole, Wyoming had me put together a mission with a few friends to do a backpacking flyfishing trip. I figured the Owyhee River would be the appropriate choice. The area is pretty remote and rugged and that's why I am drawn to it. It took quite a bit of research to figure out where to venture and we just scratched the surface. Besides the fact that one of us almost stepped on a rattlesnake and all of us nearly got heatstroke I think it went pretty well. My friend Conor McElyea who works with the Conservation Alliance did a little write up on the mission  (here) . Some photos that landed in STIO's print catalog. 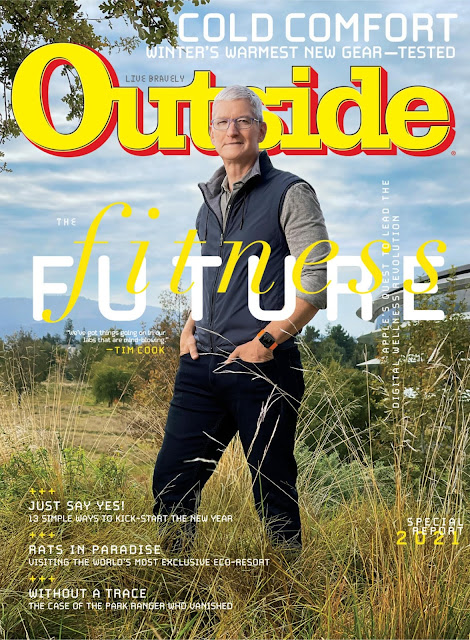 I always enjoy looking at the Parting Shot in Outside Magazine , there is always something quirky to look at. This shot made it into the Winter issue of my friend Jennah Stillman floating along on an iceberg. We camped out the evening before in the fall and we definitely got weather, a pretty intense blizzard actually developed and we were not prepared for it at all.      Sidenote to the location, I was adamant on Outside putting in the original native name into the caption  which is Seekseekqua otherwise known as Jefferson. Lewis and Clark named this mountain Jefferson because, well, Thomas Jefferson funded their journey. History has shown that Jefferson was a bastard and a slave owner, he owned up to 600 people...so yeah eff that guy. Seekseekqua!